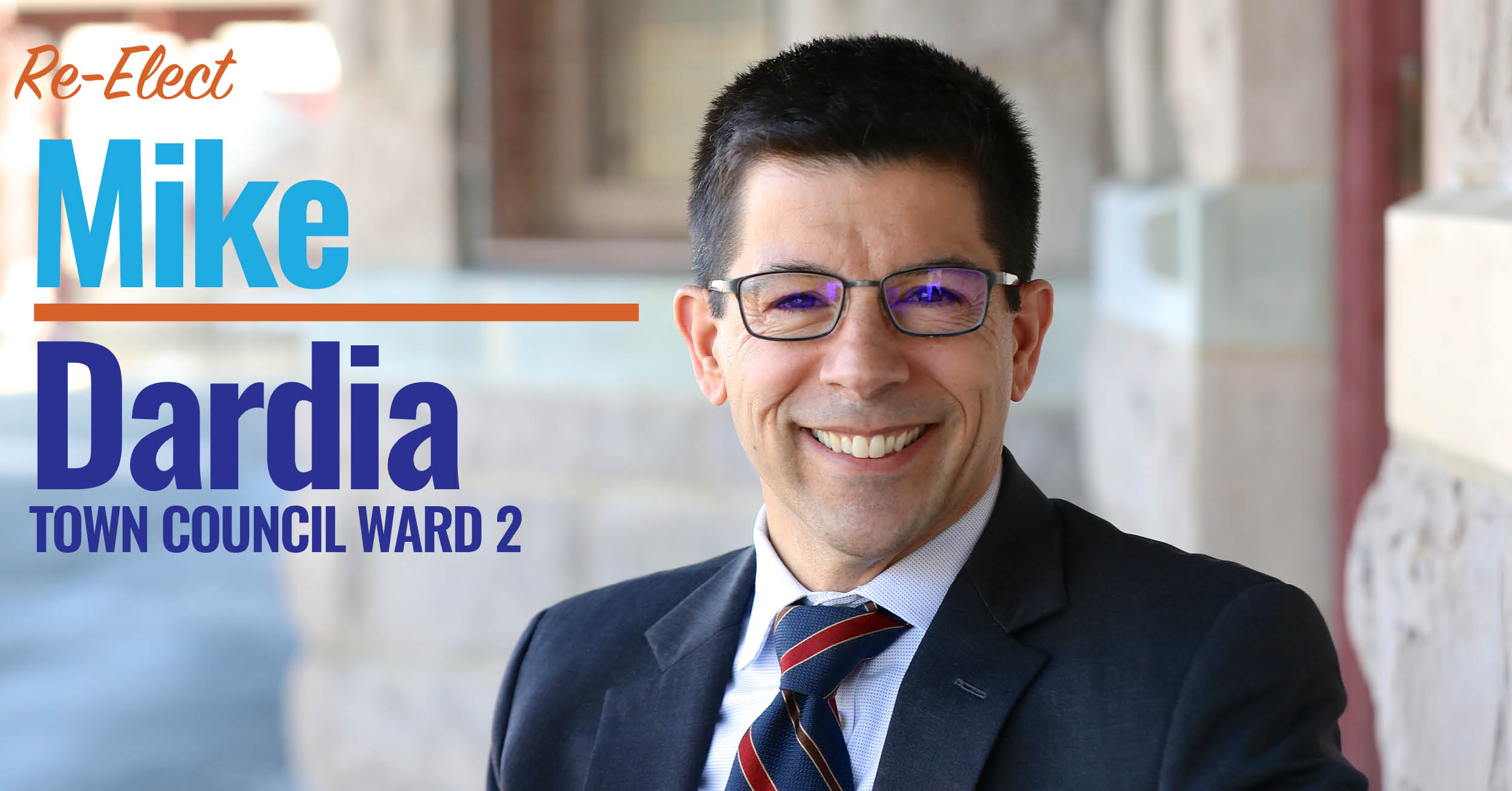 Councilman Mike Dardia has been representing the Second Ward on the Town Council with thoughtful and informed leadership. He serves on the Public Works Committee and chairs the Public Safety, Transportation and Parking Committee. Under Councilman Dardia's leadership, a Pedestrian Safety Task Force initially intended to improve walkability on Central Avenue evolved into a successful bike/walk plan to serve the entire community. Councilman Dardia's experience over two decades as a healthcare executive gives him the know-how to creatively address complex problems and make a real difference in the quality of life for Westfield residents.

Councilman Dardia is a team player and a team builder. He collaborated on the bike safety initiative Caught Wearing a Helmet and serves on the Public Works Committee. He was an active force for the Recreation Commission as he has been a fan of Westfield Athletics ever since coming here as a kid playing lacrosse years ago. He serves on the newly formed Access and Inclusivity Council and as a liaison to the Board of Health and the Board of Education. More than that, he serves as a conduit for dozens of Westfield residents seeking to have their public safety concerns heard and responded to. This is a point of pride for Mike as one of the reasons he ran for council was that resident issues were not being taken seriously.