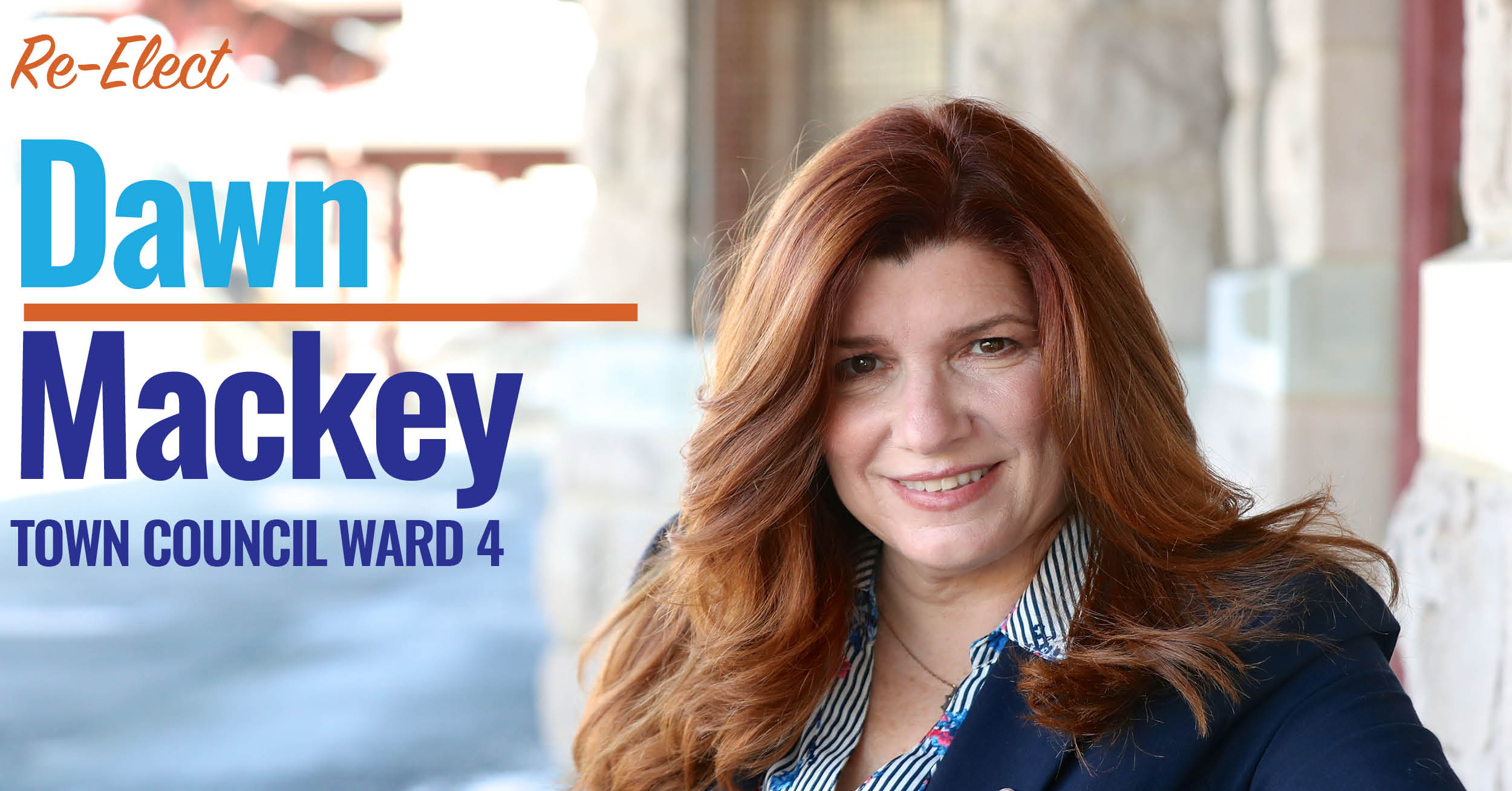 Ever since Councilwoman Dawn Mackey took her oath of office in January 2018, she has become a fixture all over town. On any given day, residents can find Councilwoman Mackey chairing a meeting of the town’s code review committee, meeting with local business owners, or sanding and painting picnic tables in Tamaques Park. From the big to the small and the glorious to the mundane, Councilwoman Mackey has shown Westfield she not only listens but she acts.

In her role as liaison to the Downtown Westfield Corporation, Councilwoman Mackey works as a tireless and informed advocate for Westfield’s local businesses. She championed solutions that helped businesses during the pandemic including work on the We Love Local campaign which raised $300K for independently owned businesses.

Working with Mayor Brindle to brand Westfield a destination town, Councilwoman Mackey took an idea to celebrate local history through cartoonist Charles Addams and created the 20 plus event's festival we all now know as AddamsFest. Engaging hundreds of resident volunteers, elevating the arts and driving foot traffic to our businesses, AddamsFest has quickly become a beloved Westfield tradition.

As chair of the Town Code Review and Property Committee, Councilwoman Mackey has led many hours-long meetings to bring a critical eye to existing ordinances and calling for changes that benefit both residents and businesses. She spearheaded changing the ordinance to allow alcohol sales prior to noon on Sundays, laid the foundation to permit rooftop dining, a new craft brewery, makers spaces and more.

Four years ago, Councilwoman Mackey made a campaign promise to prioritize paving and protecting roads to ensure that taxpayer dollars were not used to give short lasting benefits that could be undone by contractors and utilities. Upon taking office she immediately researched best practices, and with her leadership, the town passed a road protection ordinance. She listened and she acted.

In her role as liaison to the newly formed Westfield Public Arts Commission, Councilwoman Mackey has helped empower countless projects, from the murals under the traffic circle to the Art Takes Flight butterflies to the new holiday décor. Additionally, she has been a linchpin in securing sponsorships for these public art projects which benefit residents without costing them anything.

As a resident of 15 years, she raised her children here with her husband, John Mackey. Her oldest son graduated WHS in 2008, and their twins will graduate this June. Councilwoman Dawn Mackey will continue to listen to and act on behalf of Ward 4 residents.